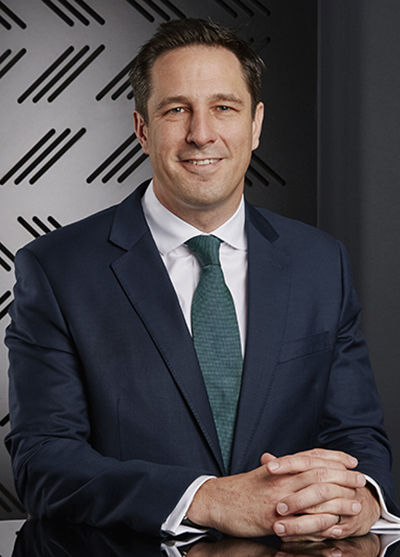 Before joining KCL Law in 2004, Darren commenced his professional career with a national firm and for a few years worked at a leading international law firm where he began to specialise in construction and major projects.

Darren represents many leading commercial construction companies, and civil and infrastructure specialist contractors (with a national presence) on a broad range of projects and procurement methods, and provides expert advice on risk mitigation strategies for project delivery.

Darren has been involved in many of Victoria's landmark court cases in the area of Security of Payment and regularly represent clients during the adjudication process under that Act and in judicial appeals, which have included:

In addition to a range of mixed-use projects, Darren has been involved in the following 'front-end' major projects:

Darren is a member of the Law Institute of Victoria, Society of Construction Law Australia and Property Council of Australia — Victoria Division.

In the Doyle's Construction Guide 2022, Darren was recognised as a Leading Construction & Infrastructure Litigation Lawyer — Victoria for a fifth consecutive year.

Darren was also short-listed a 'finalist' in the Lawyers Weekly Partner of the Year Awards 2019 and 2021 for Construction and Infrastructure.